Idiology vs. reason? A thought experiment about the strategy of MiPr Tsipras and FinMi Varoufakis agains the EU

Note: This piece might be subject to language editing as it is a translation. The German version of the articel is avilable here.
Update 14.07.2015: An interview with Ex-FinMi Varoufakis confirmed a larger part of the strategy laid out. The question is what happened that PiMi Tsipras folded. Post your opinion in the comments.

So many things have been written about the two Greeks. Comments depicting them as incompetent to claiming they are ideologically stubborn. Schulz named MiPr Tsirpas yesterday as "unpredictable". At the moment "capricious" is still the greatest compliment.

Add to this the recent events: A non-paid IMF credit rate, followed by a comment of IMF's Lagarde "to grow up", the introduction of capital controls and bank holidays. Enough reasons for the two actors of the Greek government to be actually deeply concerned and tense, one might presume, because they now face the results of their own "amateur" style politics.

Estimating the costs of a grexit 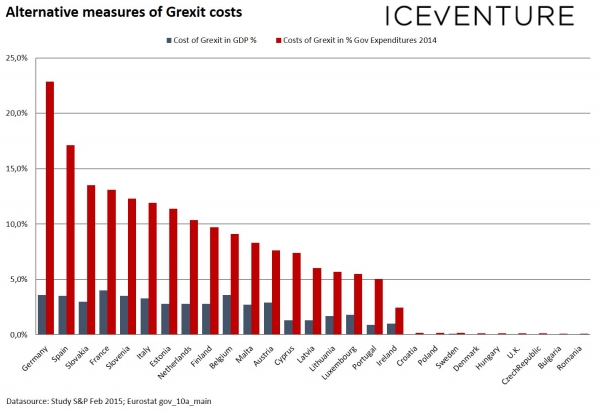 Information: This is the first part of a longer articel that will be subject to editing. I publish this part immediately as I think people might want to have ideas how to calculate the Grexit costs for Germany and Europe. 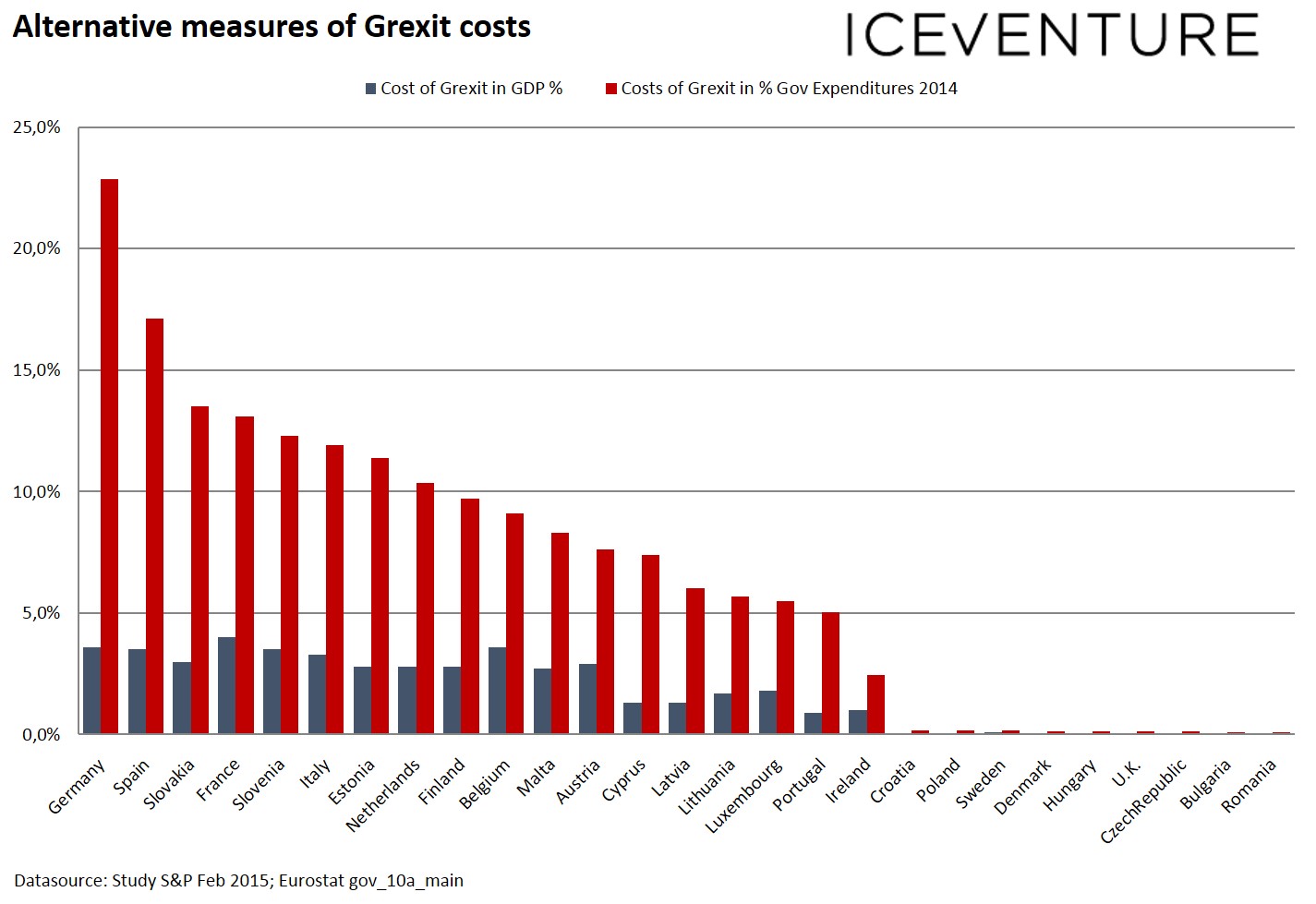 Costs of a Grexit for the Eurozone

As German and European finance ministers have been more or less silent about the cost of a Grexit, it was once again left to FinMi Varoufakis to speak of one Trillion costs for the global economy.

This is an enormous amount. As it might be an overstated number to get a better deal the question is, is he right? Varoufakis proofed to have sharp analytics, beyond the dream of the EU that spent their time watching the middle finger instead on analyzing his speeches (see Hart aber Fair 29.09.2015 and this article in contrast).

The only studies containing numbers I knew speak about a smaller sums. Today then, first estimates appeared in the wider German press (the Welt) basing their article exactly on these two public available studies by S&P and by IFO. As the Welt limits their indications mainly to an reproduction, I will use both of them here and in addition a 2011 UBS study, but add an in depth analysis around it.

The S&P study contains numbers for all European countries involved, IFO only for Germany. It states €75 - €77 BN costs for Germany while S&P estimates direct costs to € 300 BN in Europe and € 84 BN for Germany. The Welt slightly differs 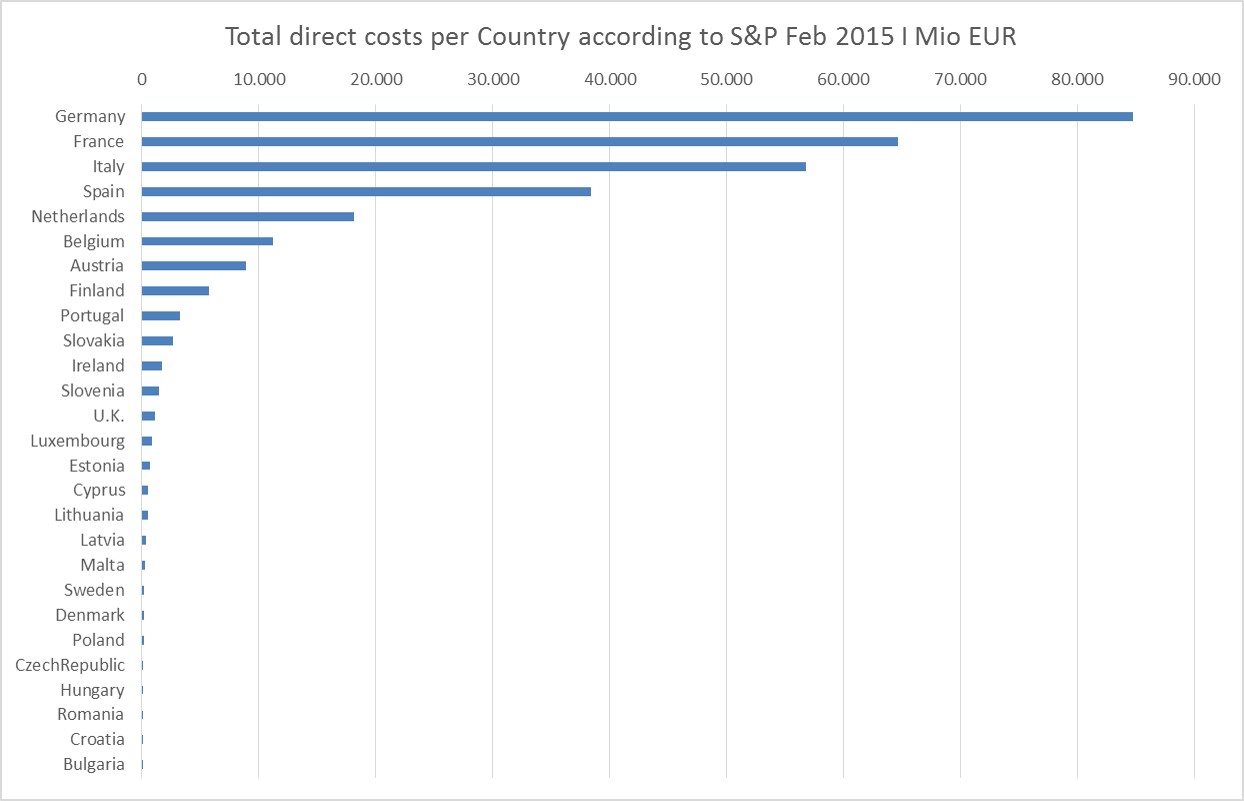 with in their own calculations.
The UBS study from 2011 arrives at about 80 BN for Germany, thus it seems to be a reasonable estimate. On average this means 3% loss measured in GDP for Europe.

In my opinion this is a substantial loss as it translates to one year of GDP in good times and up to 3 years of GDP when one takes per annum growth in Europe after 2010.

This are so far the known estimates of the direct costs.

However I think it is only reasonable to apply lessons learned from financial markets in 2008 and follow the analytical thinking to estimate the total real costs that also comprise necessary adoptions and the risk/the manifestation of contagion.

Arnbjörn Eggerz: It’s a pleasure to have you here, Shmuel. It’s always very difficult to catch you so we are more than lucky, that you had another hour at the airport. Thus, let us directly start to talk about the global and German battery market. Shmuel, we are already in Quarter I/2015. So, what are the latest developments in the global battery market?

Shmuel De Leon: We see some progress in several directions. Some new technologies seem to have, in my opinion, the potential for breakthrough. 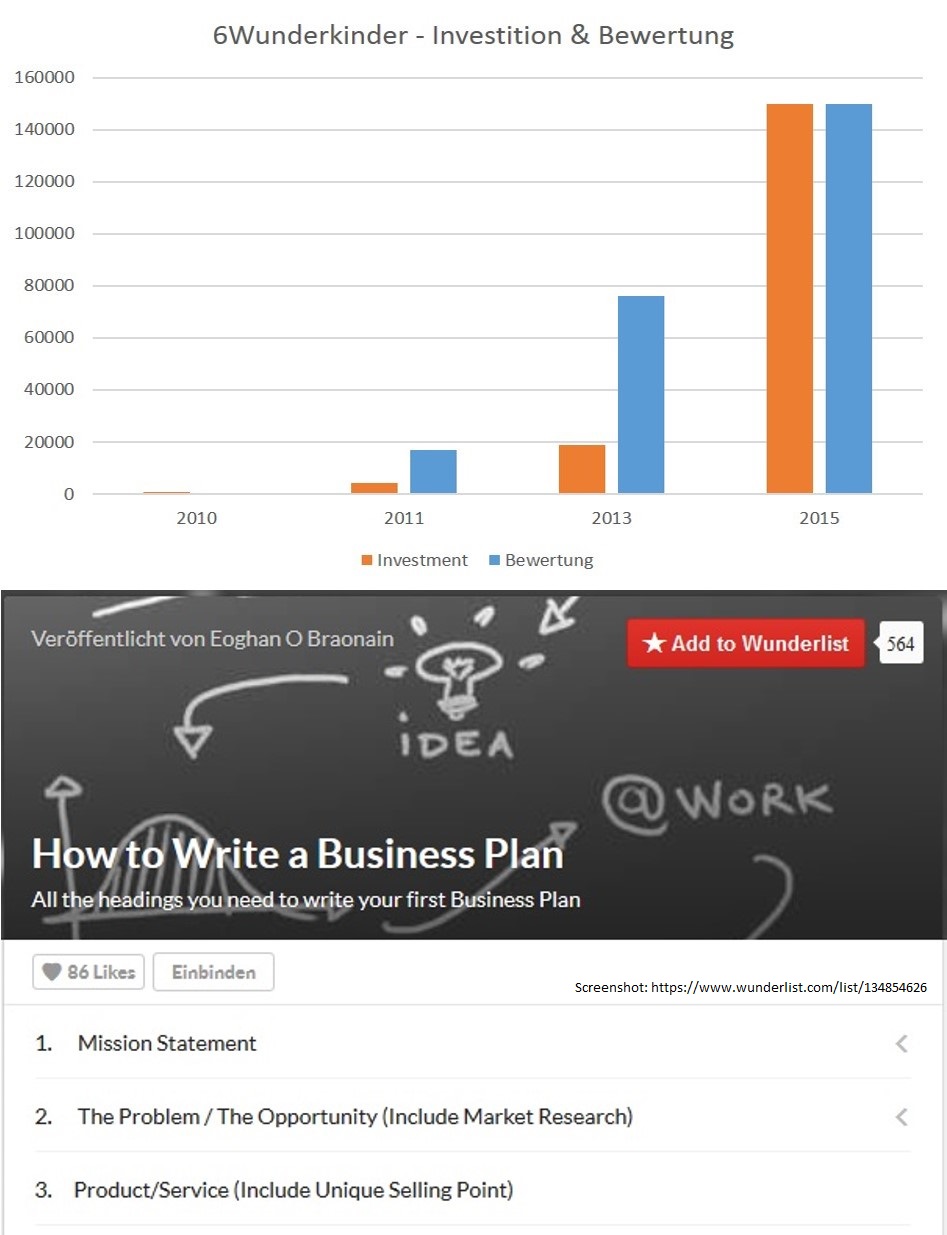 digital disruption - the example of the most underrated Fintech startups Tradeshift

I have been working on a Fintech overview project recently. It is quite interesting to see the momentum in this sector with all its remarkable companies and concepts. However, to my surprise, one company I have been following since a couple of years is hardly ever mentioned. I think this is strange given its potential. Therefore, this blog post is about one of the most interesting startups in this sector – Tradeshift. It seems mostly overlooked and to be the most underrated startup in the European if not the global startup scene.

Furthermore Tradeshift perfectly illustrates Iceventure's hypothesis regarding the adaption channel of many internet innovations. We, in contrast to many, think it happens via enterprise tech and not via the consumer tech adaption channel.
In order to explain the case mentioned above, let us proceed step by step, by starting with a quick check of the big picture, followed by a description of the basic services and the main arguments.

Market size and potential of E-billing 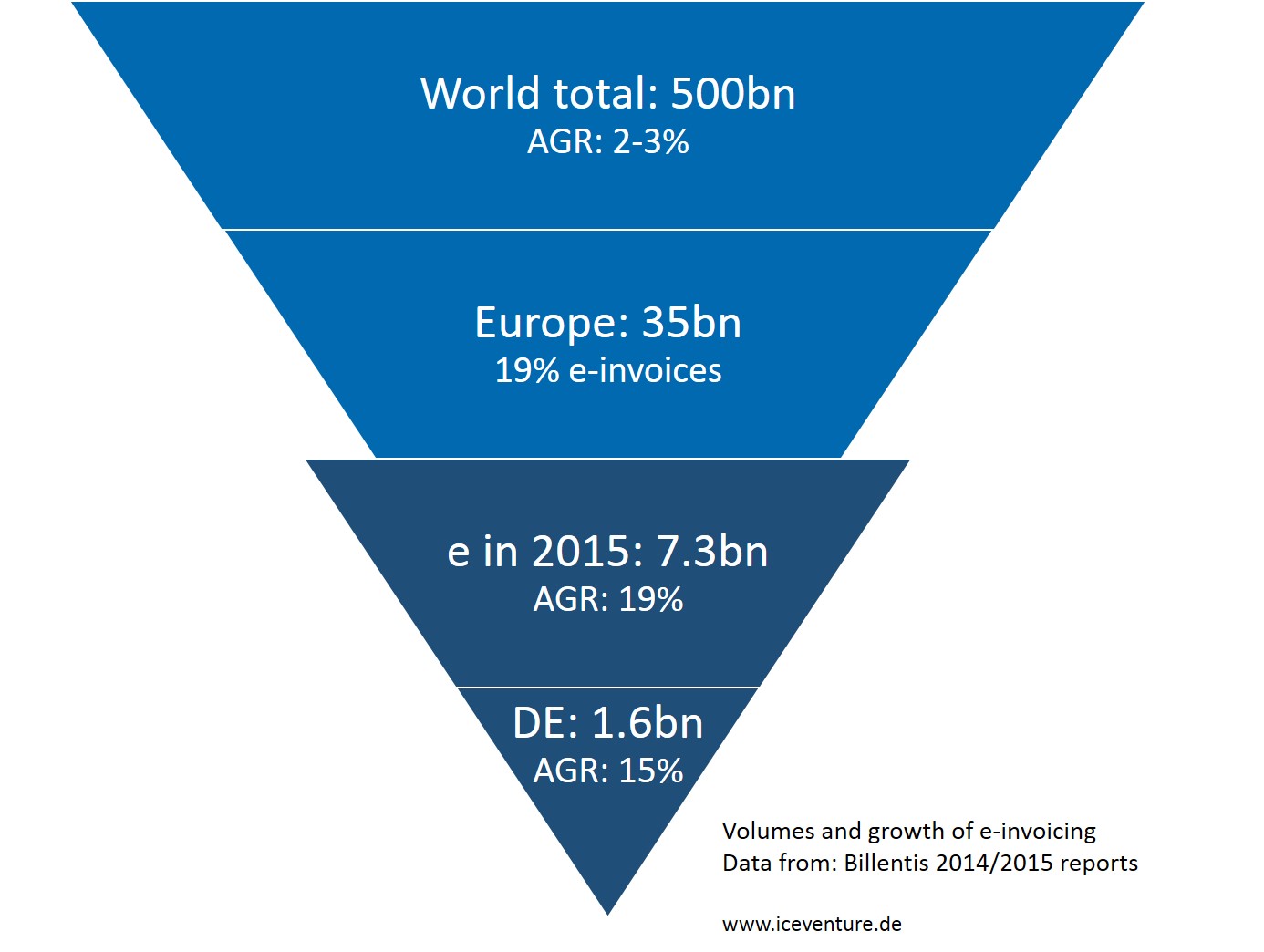 According to a study the annual bill & invoicing volume in the world is at 500bn with an annual growth of something like 2%-3%. Broken down to Europe the amount is estimated to be at 35bn, roughly divided 50:50 between consumer and business (including business to government). In Europe on average 19% of this volume is considered to be transmitted electronically. The market size for E-billing, a further digitalization of this process, is estimated to reach 7,3bn in 2015 with an annual growth rate of 19% (average – B2B/B2G growth is faster than B2C)1. For Germany for example the volume is said to be at 1.6bn with a growth rate of 15,4%2. Numbers for Italy are currently unavailable.
Thus, we are talking about an enormous market volume ready for disruption. That is what Tradeshift aims to do. 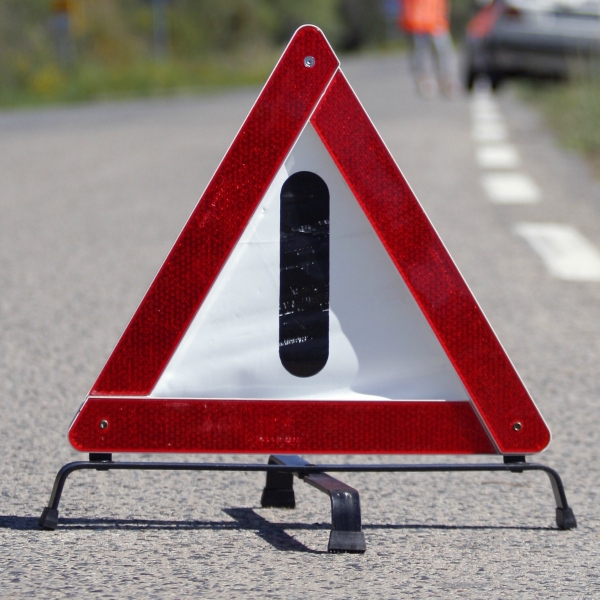 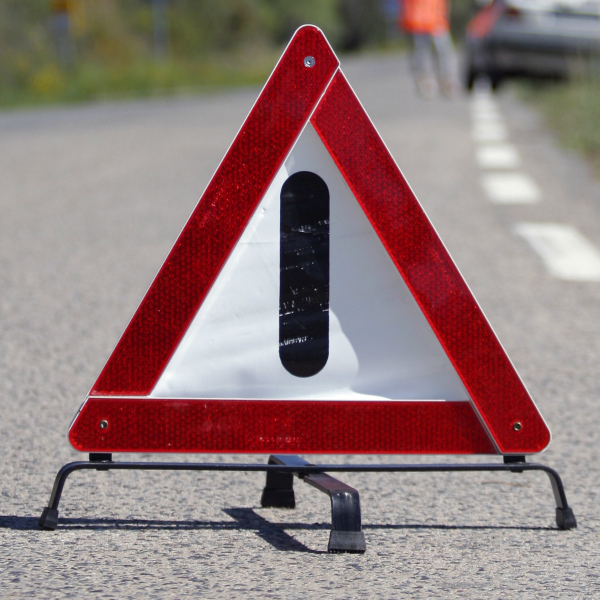