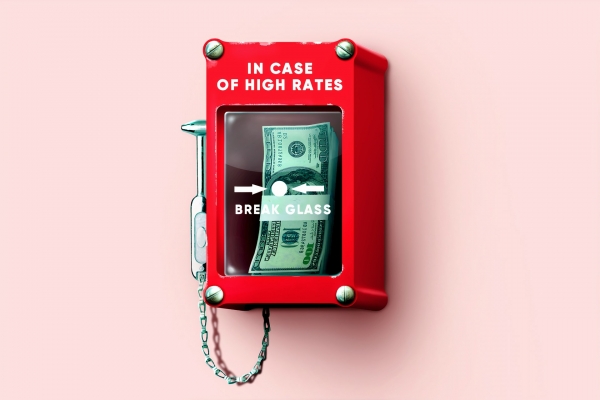 Going through some of my notes from recent talks with clients one dominant topic became evident. It is the end of the current tech innovation and venture capital investment cycle. As this is a very important and at the same time a very complex topic, I decided to keep this post very high level and to publish it in form of statements.

The end of the cycle is near
We are coming closer to the end of a record-long growth cycle in public and private markets. The study of cycles, realism based on history, or - more data-based macro analytics - the inverted yield curve, all call for a gradual reversion of the current trend in the coming year(s). This is known as the concept “reverse to the mean”.
In the reality of technology innovation, startups and venture investors of all kinds this natural end of an investment cycle is most directly felt through increased operational pressure, focus on cash burn rates and the supremacy of sustainable business models or profitability over imagination.

Some words about correlation
Private markets historically lagged behind public markets (less liquidity) when it comes to cycle corrections. But private markets will eventually feel a similar impact and in particular the liquidity trap will catch some investors. Often, these corrections affect the earliest companies hardest despite their quality. Therefore, not surprisingly, we observed a rush of public offerings in 2019 that want to capitalize on the top-of-cycle momentum and the last windows of the present age of technology.

In private markets, large financing rounds (like D,E,F) producing unicorns have become ever-more present. This is not a US phenomenon alone. Europe in particular has shown some substantial dynamic in the last 18 months.

The move to private is in a full swing
The most significant development of the last decade, the move to and the dominance of private technology markets over public ones, is thus further confirmed. In consequence there has been massive money allocation to seed-stage finance, resulting in a vastly greater number of projects being financed. At the same time, however, companies stay private for a longer time horizon than before. It also means most of the early value capture is not shared adequately. This matches the (second ?) wave of internet based/enabled technology being developed and deployed.

“real” innovation, catch-up versus over-valuation and over allocation
Having been a longtime advocate of the importance of entrepreneurial activity and more Venture Capital in Germany/Europe this confirmation and development is much welcomed. But as much as the general trend towards (European) entrepreneurial finance should be welcomed, there are a couple of problems, especially at the end of the cycle, that surface and need to be considered for the coming and next years

1) It is most important to acknowledge and luckily more participants in the VC industry agree, that the current tech and VC boom is a to a certain extent (we can debate how much) a direct product of unprecedented easy money policies by the FED and ECB. It resulted in a hunt for yield across the board. Early technology finance has been an attractive destination for the shifting portfolios.

2) There is a changed perception of the financing of venture-stage companies dominated by great optimism, the experience of 2008 (tech survived), easy money and visionaries over analytics. But professional and successful technology finance does not work this way long term.

3) As always declining capital markets will reveal bubbles and inconsistencies. The recent headlines about WeWork are just one example of a hyped business model being way less innovative as thought.
In the realm of private markets it will most likely hit late stage finance the hardest given the flood of new capital. Also, the recently seen aggressive valuations in technology markets contributes here. At the same time, I argue that angels especially in Europe will be unprotected with wider consequences yer to be understood.

4) The conclusion is that the search for defensible, differentiated and sustainable business models is even more important (and difficult) for all players (startups, VCs and corporates) at all stages of investing or company development.

This means an overvalued technology does not necessarily have to be overrated, but in some cases it can be both. Given the uncertainty it means tough allocation decisions against a shifting public sentiment [once the correction sets in].

Readers probably know the old market slogan “this time it is different”. Applying this to the reality of current technology development and deployment it reads “this time it feels different, but it is just the end of the beginning.”
New technology platforms will fundamentally change value chains of entire markets. Trends to name are decentralization, more open source tools or horizontal and vertical AI solutions. And fields will merge. I just name AI in the battery industry as an example. The capitalistic process woks well here and will bring new technologies into every field profit can be made one after another. An economic recession will only slow this process but not materially change it.

6) This point seems to be an (intended) repetition, but it is important. This is, not all technology is equal. Example: Is blockchain really a case compared to AI?
Again, the difficulty for our venture and corporate clients as well a for the political spectrum is to have some rough navigation through technology in overhyped and overvalued context. Gartner is not enough as the position “lets see later” is also no option.

7) Thus, venture investors and young company alike should sufficiently cushion against short-term swings. Investors should get ready and get comfortable to invest counter-cyclically. The same preparation should be taken by established companies. For them it is the most challenging task as the need to balance in most cases the interests of a “pure” investment mandate with corporate strategy and real operational pressures from day-to-day business.

8) One of the most interesting questions remains if the current dominance of private markets resulting in even more investment rounds and longer times horizons to go public will stay. Some investors interpret this as contributing factor to overvaluations in the current megacycle and argue this is to changes. Other argue that the opposite is true as “private financing structures cater significantly better to long-term economic-technological projects and this will not change.”

9) Being a macro-driven consultancy, two inputs around this.
The ongoing swing to private can be explained as a direct result of losing trust in public assets after 2008. As all investment patterns this is to change again sometime in the future.
On a practical level it requires a re-assessment of R&D and technology acquisition strategies as public access becomes more difficult. The implications for American and European corporates given the difference in their approach to own R&D and M&A integration differ.

10) The next years will be most likely extremely challenging and exiting as the digital transformation process continues.